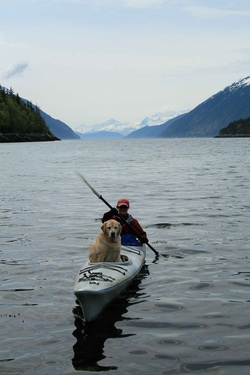 Your guide Sherry Corrington was born in Nome, Alaska to adventurous school teachers from the mid west.   Her earliest years were spent at her parents gift shop, the Arctic Trading Post; a gift shop, museum and workshop where Y'upik, Siberian Y'upik, and Inupiaq Eskimos came to create and sell traditional works of art.  Her father, Dennis, embraced the culture and spirit of Alaska and ran in the 1976 Iditarod Sled Dog Race winning the coveted Red Lantern Award for last place.
Sherry's family moved to Skagway in 1976 before the Klondike Highway was built.    Her parents built Corrington's Alaskan Ivory which is still in operation today located at 5th and Broadway in Skagway's historic downtown.    Growing up in retail, Sherry worked from the time she could reach the counter.   From 1995-1997 she took a break from retail to give theatrical historic city tours with the esteemed Skagway Streetcar Company and their fleet of original 1936 vintage buses which are now operating back in Yellowstone National Park. 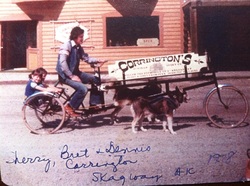 In 1999 she decided to buy a house and make Skagway her year round home.  Sherry took over the family business and ran it for over a decade before deciding that it was time to retire from retail and explore the other sides of the exiting and rich tourism industry which is the lifeblood of Skagway.
Growing up in tourism was a major influence on Sherry, and the seasonality of Skagway's industry has provided ample opportunities to travel in the off season.  Sherry has traveled to over two dozen countries and all but one state (south carolina?  How did she miss that?).   She's driven from Skagway to Maine five times as well as a dozen other cross country adventures.  She's even had a stint as a mermaid at the Sip n' Dip lounge in Great Falls, Mt. 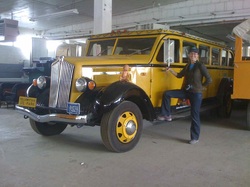 As a fellow traveler, Sherry understands the gift and opportunity each day brings while traveling, and she strives to help facilitate an experience her groups will never forget.  Her passion for the land, people, history and wildlife leaves her passengers with an unforgettable, authentic and spontaneous experience.   From bear encounters to kayaking glacier bay, hiking the chilkoot trail,  building a wooden kayak, or traveling to remote Native villages in the Arctic, her lifetime of experience in the area provides an infinite source of material for touring enjoyment.
READ GUIDE REVIEWS 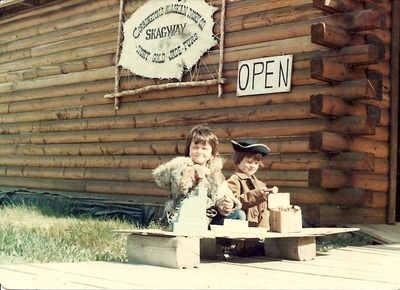 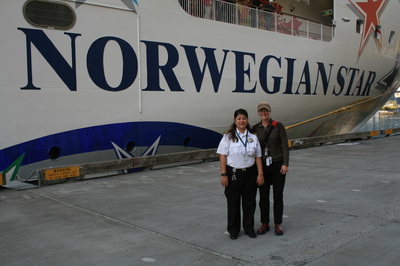